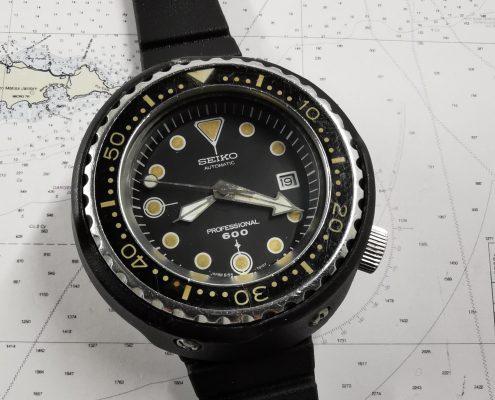 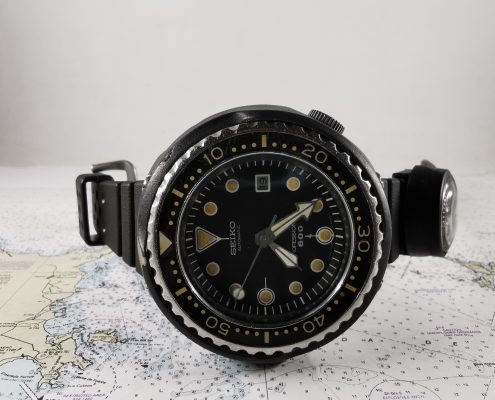 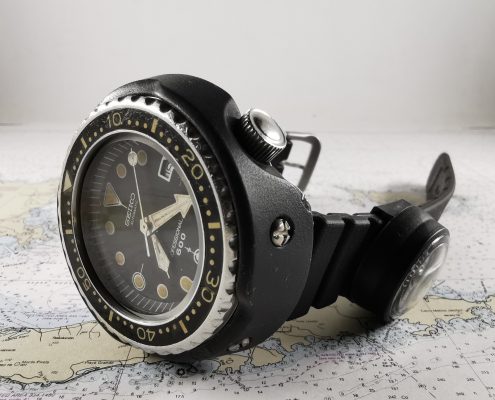 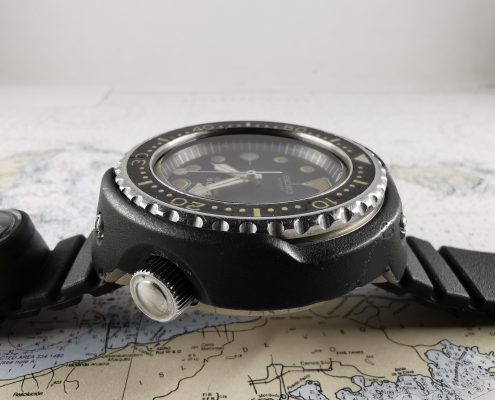 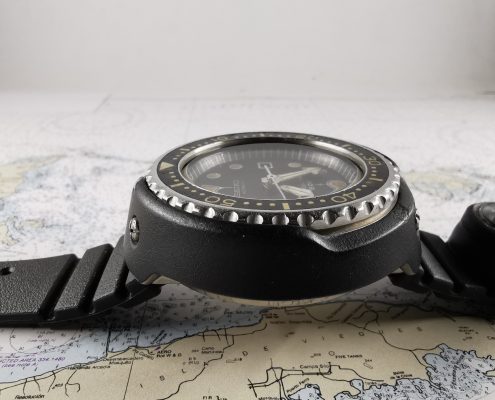 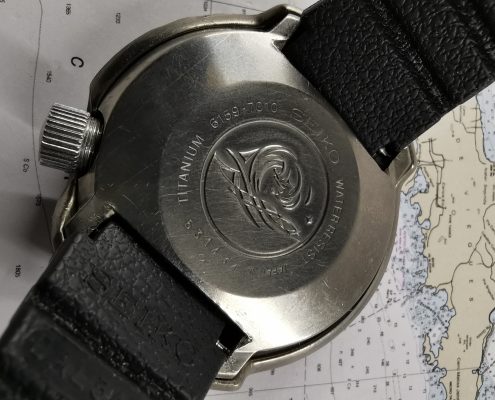 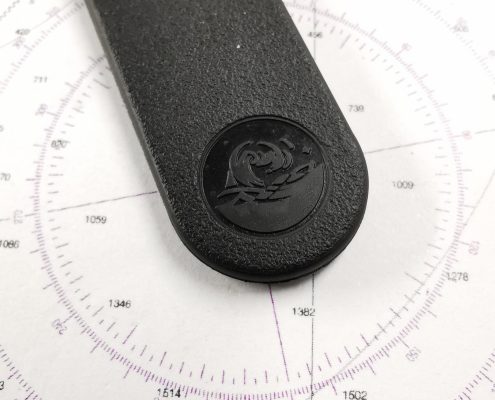 Seiko titanium professional diver from 1975. This is the first version with 600 only (without the “m” following the depth) It was the world’s strongest diving watch in the 1970’s along with the Omega Ploprof, both sharing the same 600m depth rating but both being able to go much deeper, probably past 1 000m, without a helium escape valve.

The watch is in great conditions for its age and use. There are some scratches and bumps on the shroud and signs of use on the bezel. The indexes have developped a beautiful pumpkin patina aswell as the bezel.