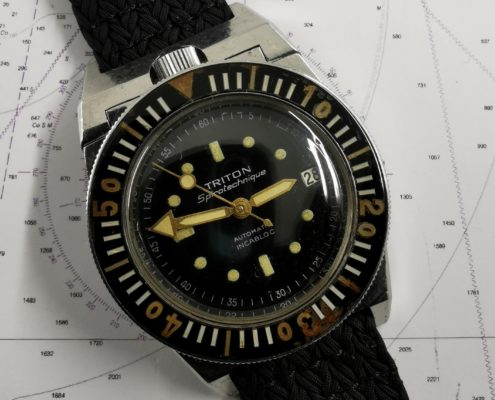 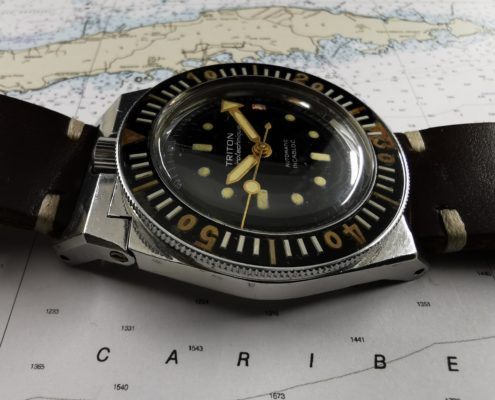 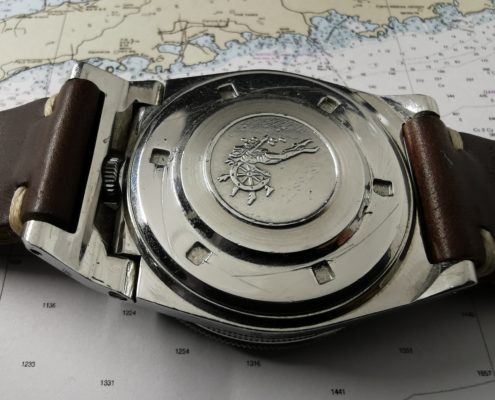 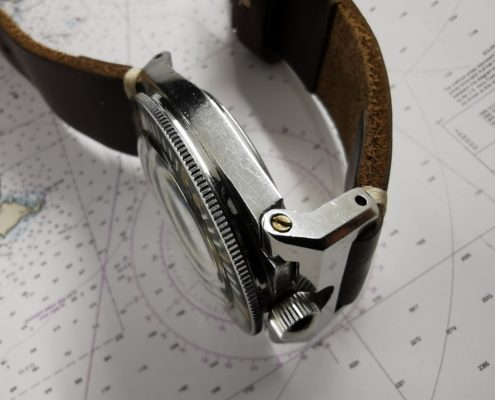 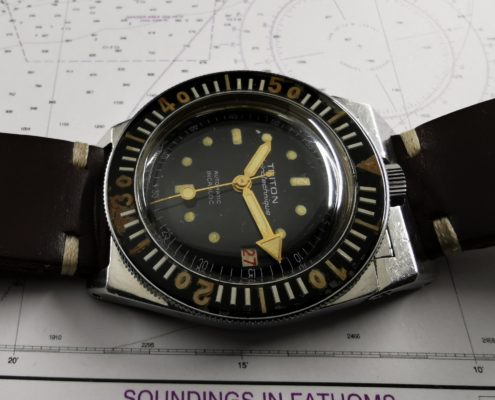 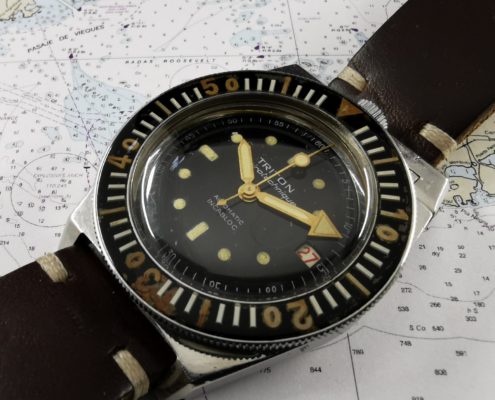 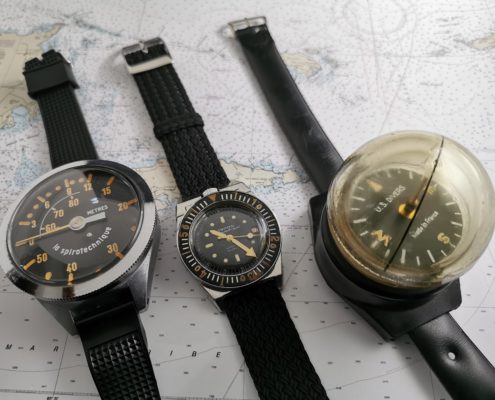 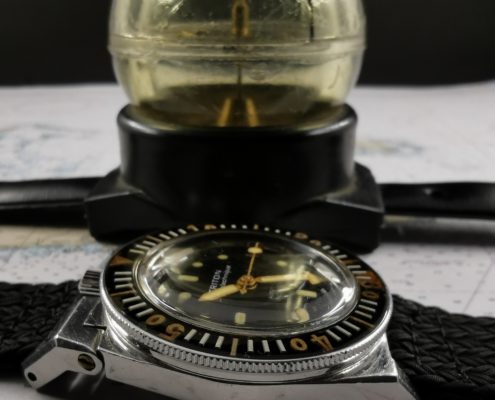 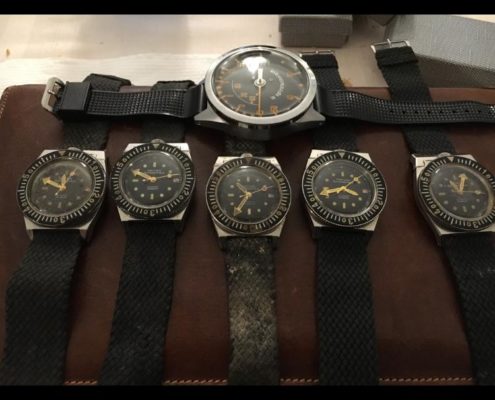 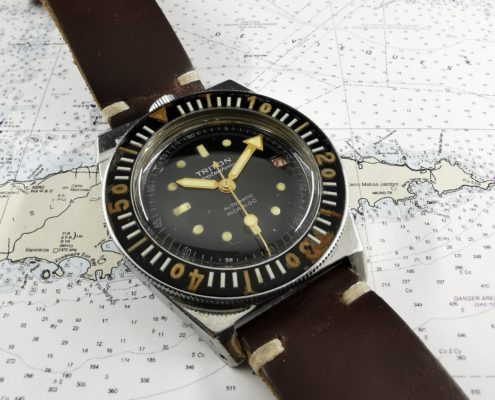 Stainless steel case from early 1960’s designed by Parmentier for the french La Spirotechnique. The watch was made in collaboration with Dodane for pro divers and military units. It has an innovative 12 o’clock crown protection system to prevent damaging due to bumbs or misuse during immersions.

This watch was part of a “treasure box” containing 5 watches and a depthmeter found in a military base in Southern Italy (see last picture, the one in the middle)

The watch is in gorgeous conditions, the bezel being its main attractive point due to its crazy rusty patina. Hands have been relumed by previous owner. The case is unpolished. The beautiful backcase shows signs of use and is well preserved.

It’s almost impossible to find a Triton Spirotechnique with such a fascinating aspect.