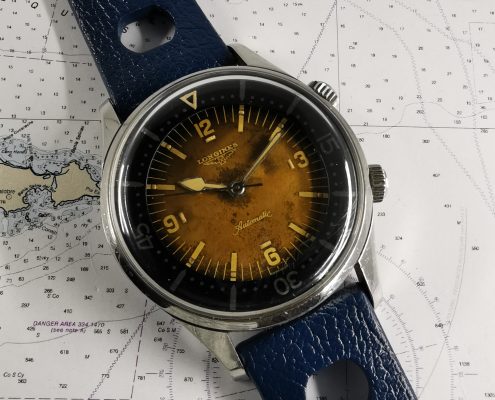 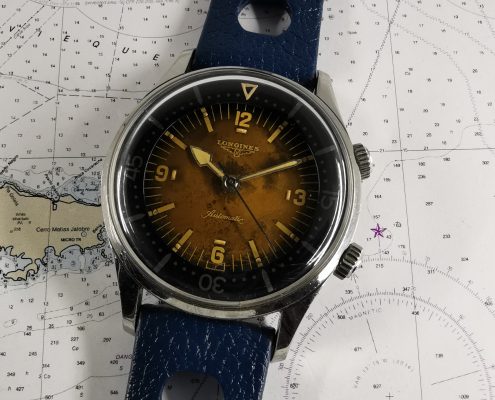 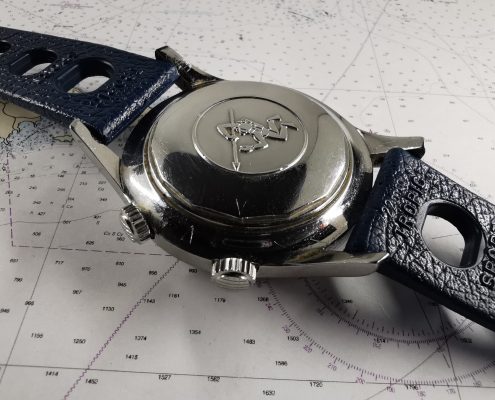 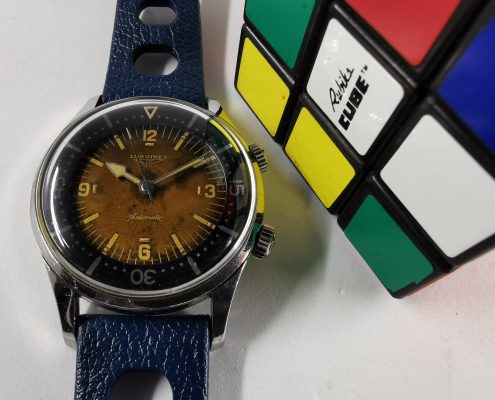 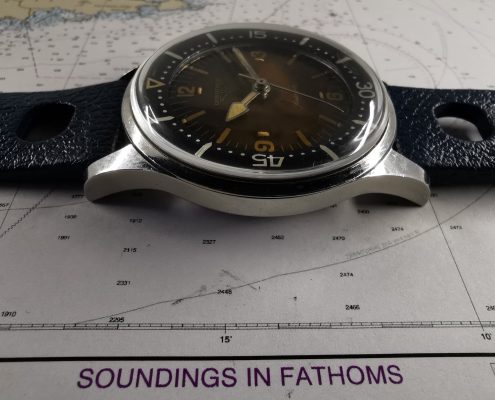 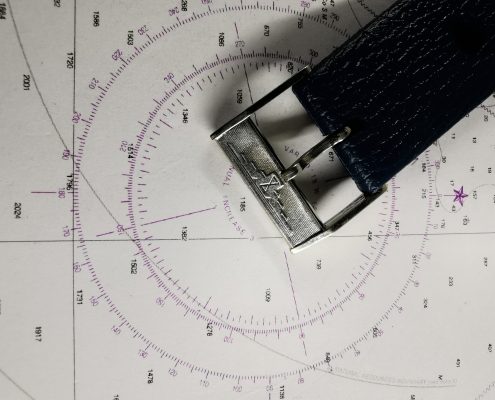 Stainless steel divingwatch by Longines invoiced on July 1st 1964 to the company Ostersetzer, the italian agent at the time. A masterpiece of design and construction, the supercompressor case was manufactured by E. Piquerez S.A. (the same were used by many other brands), this watch was 200 m waterproof and became an icon in the “battle of the depths” that took place in the late 1950’s and 1960’s.

Besides the intrinsecal beauty of this reference, it’s interesting to observe how the patina shows after more than 50 years now on various Longines 7150. Depending on many factors, often hard to explain, some have remained black, others show a beautiful bright copper patina. Sometimes only on indexes or like in this case, on dial, indexes and hands.

The case is sharp and looks unpolished, the great frogman logo on the backcase is also crisp.

The watch comes with its Longines Extract of the Archives